Excerpts from the first performance of Grenseskogen (The Border Woods) is available on YouTube. Frode Haltli’s commissioned piece to the Osa Festival 2015 at Voss, Norway, featuring Frode Haltli (accordion), Emilia Amper (nyckelharpa), Eirik Raude (percussion) and Håkon Stene (percussion) in an all acoustic performance in the very special venue Nain. The piece can also be performed amplified in a stage set up. The first version was about 45 minutes, but a revised version for the fall 2016 will be slightly longer. 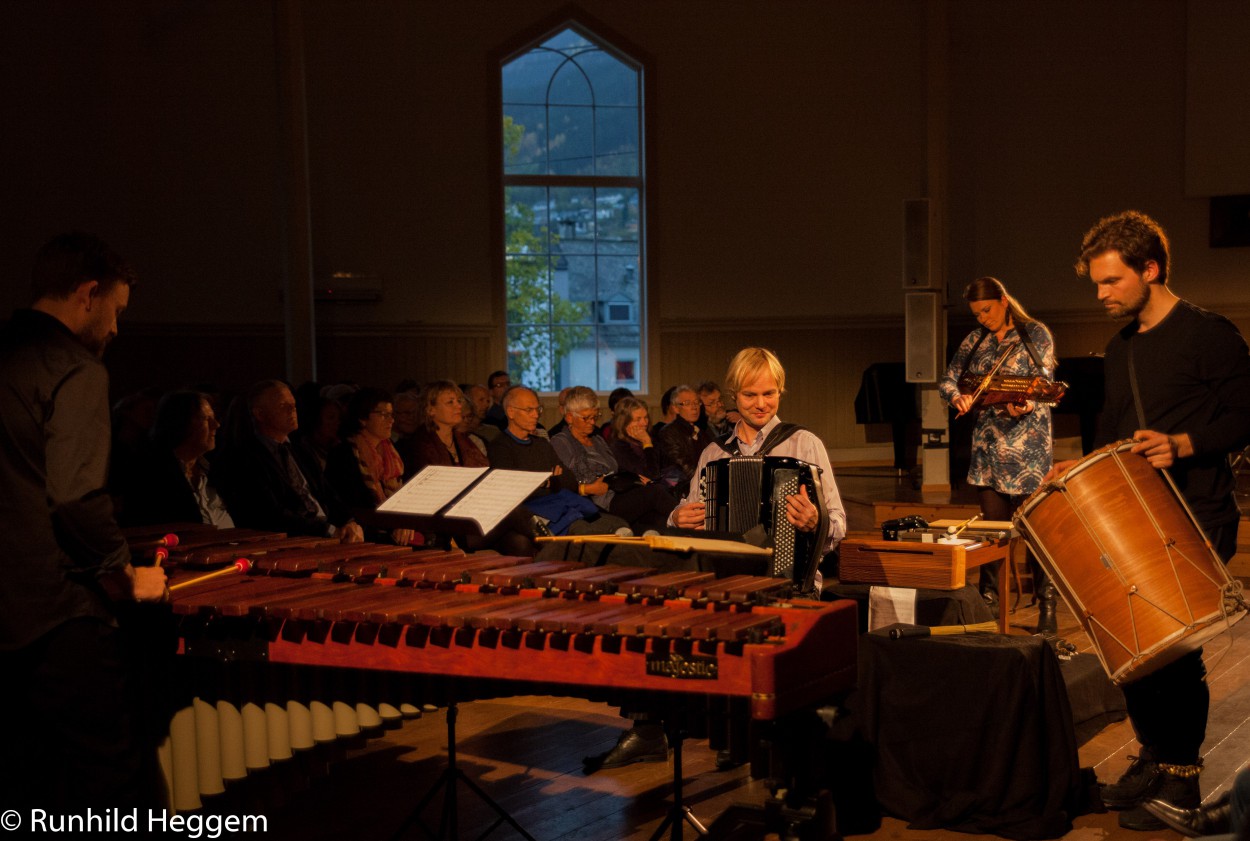 “Grenseskogen” (“The Border Woods”) is composed on the basis of musical ideas that comes from playing and interacting with experienced traditional musicians through years. These ideas could be rhythmical motives and figurations; well known harmonies as well as expansions such as the use of bitonality; modal scales which occur both in Norwegian, Indian and Arabic music. I have mainly used these elements in improvised playing with folk musicians so far. Writing things down on paper does of course give possibilities to develop the musical material more, to create unheard links and forms. New melodies sneak out of the old tunes…

The Swedish national instrument nyckelharpa has a fantastic rich sound. It is like the instrument creates grounding in itself with its sympathetic strings that resonate a tradition several hundreds of years old. Especially when it is played by Emilia Amper, a true folk musician and innovator. Folk music is to me very much about vital interpretation and playfulness, and we have a fantastic Norwegian/Swedish ensemble tradition that I want to spin further on. The nyckelharpa and the accordion is in this work supported by percussion instruments we normally don’t find in the traditional music of the north, and they help to expand the sound. Hopefully this work can give some new perspectives on what folk music can be today, from a point of view where you can see backwards and forwards, to the east and to the west!
Frode Haltli, August 2015 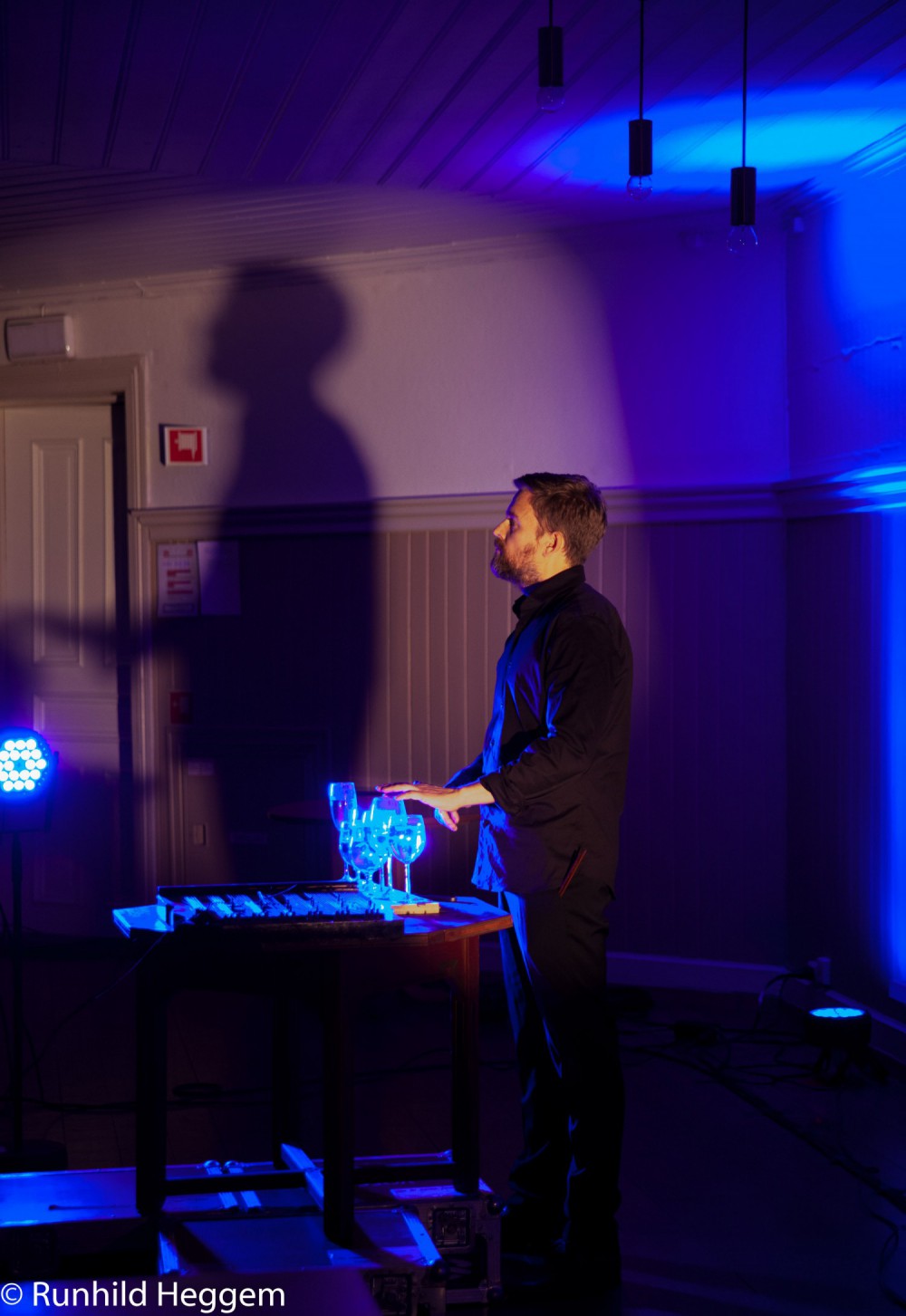