I will only do two festivals in June: A small poetry festival in Gudbrandsdalen, Norway, and a chamber music festival in Båstad, Sweden. In Båstad I will once again team up with Garth Knox, fabulous viola player. We performed at the Figura Festspiele in Copenhagen in February, then in Germany in April at the Wittener Tage für Neue Kammermusik, and now we will meet again in Sweden. We will perform everything from John Cage to our own compositions and traditional music. Garth and I first met at the recording of my ‘Passing Images’ album released on ECM in 2007, we have played many concerts together since. Here’s a picture from Denmark in February: 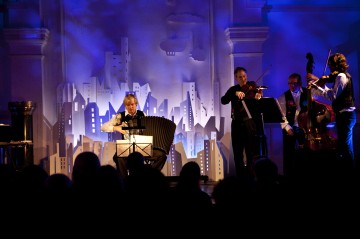 Maja and I will perform our cycle of three tangos composed to poems by the great nature-modernistic Swedish poet Gunnar Ekelöf (1907-1968). We will be joined by the Engegård Quartet and bass player Ditlev Damkjær on these pieces. I will also do some tangos by Astor Piazzolla with Damkjær and violinst David Früwirth.

I will do more solo pieces, mainly transcriptions. A a church concert I will perform Dimitri Shostakovich’ Prelude and Fugue number 13 in F sharp Major. I have been playing several of his prelude and fugues, opus 87, originally composed for the piano, but this is the first time I will do number 13. I would like to do a full concert with only Shostakovich Prelude and Fugues soon! These pieces fit the accordion very well, and my instrument definitively adds another dimension to this music.

Russian music has always been important to me: From the folkloristic and neo-classical pieces I played so many of in my youth, to the inspiring music of Sofia Gubaidulina who really invented something new in my instrument’s repertoire. Shostakovich was a personal inspiration for Gubaidulina. In the Prelude and Fugues he displays a kind of introvert greatness in music, and he sums up a lot of music history, obviously all the way from J.S. Bach and a big variety of Russian atmospheres very suitable for the accordion. 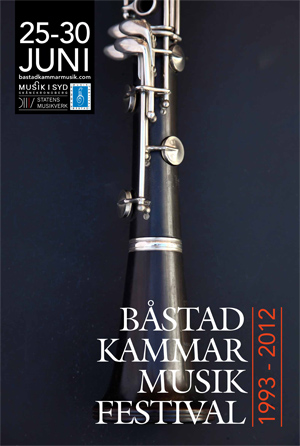