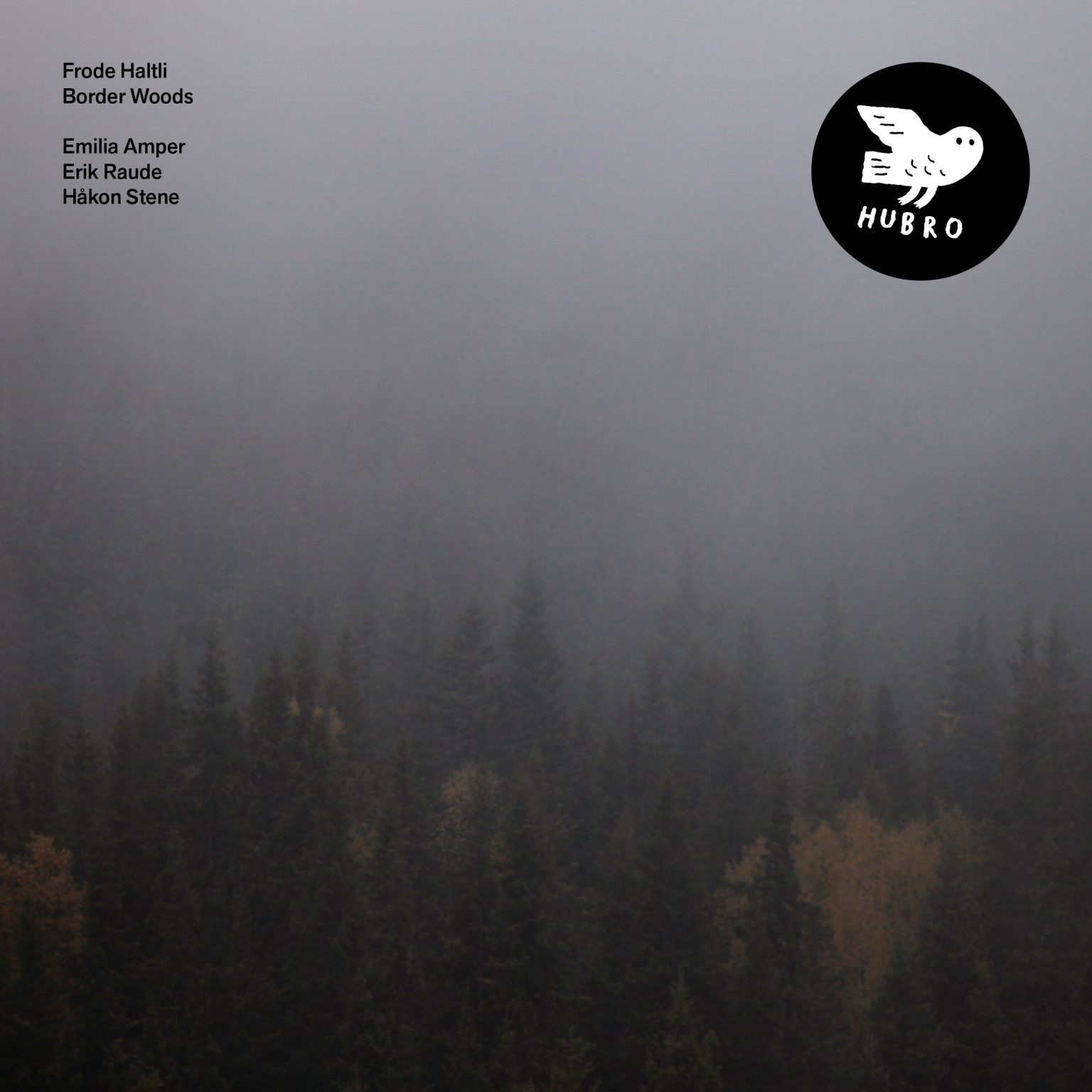 New CD/LP out September 2019 on Hubro: Archaic music from who knows where!
Nordic traditions get weird in accordionist/composer Frode Haltli’s stripped-down successor to ‘Avant Folk’.

Accordionist and composer Frode Haltli follows up last year’s acclaimed Hubro release, ‘Avant Folk’, with a smaller-scale yet equally inspired album that is built once again on the combination of traditional Nordic folk forms with influences drawn from world music and contemporary composition/improvisation. In some ways, ‘Border Woods’ is both folkier and more ‘avant’ than its predecessor. The reduction in the size of the ensemble, from a dectet to a quartet, creates a corresponding increase in intensity, while Haltli frequently divides the unit further, using the two matched pairs of performers separately for a number of duo sequences. As the band expands and contracts in response to the demands of each tune, the music veers from cool, meditative explorations at the outer reaches of sound, to full-on pentatonic grooves and folk-rocky, foot-tapping jams.

And what a band it is. Alongside Frode Haltli on accordion, Emilia Amper on nyckelharpa (Sweden’s national instrument, a centuries-old chordophone, or keyed fiddle) makes for a perfect partnership. The two instruments are so alike in timbre that when played in unison it is often difficult to tell which is which or who is who, while the resonance of the nyckelharpa’s sympathetic strings can make it sound uncannily like a Hardanger fiddle. To confuse things further, Haltli’s accordion can so skilfully imitate the characteristics of a fiddle that, when heard in chorus, the instrumental voices recall a mini string-section. Conversely, they can sound like two accordions, too. Both instrumentalists are virtuosi who routinely work across different genres. Frode Haltli, who has recorded for ECM as well as Hubro, has been playing accordion since early childhood, while Emilia Amper, who comes from Torsas in South east Sweden, is another prodigy, who began the nyckelharpa at age ten. In 2011 she was voted “world champion” of her instrument. ‘In Folk Style’ (2L), the album she recorded with Trondheim Soloists and Gjermund Larsen in 2010, won the Norwegian Spellemannspris and was nominated for two Grammys.

Alongside the two-pronged, front-line attack of the traditional folk instruments played by Frode Haltli and Emilia Amper, Hakon Stene and Eirik Raude provide far more than the colour and ‘flavouring’ that a percussionist’s role is sometimes reduced to. They are also significant leaders and musical personalities in their own right: Hakon Stene is a Hubro solo artist (with the highly praised ‘Lush Laments for Lazy Mammal’), as well as with the influential percussion group asamisimasa, with whom he won a Spellemannspris; Eirik Raude has been a resident percussionist with the Oslo Philharmonic, and guest soloist with Berlin Philharmonic and Los Angeles Symphony Orchestra, as well as collaborating with leading improvisers including Arve Henriksen.

Playing different yet complementary kits that include mallet instruments (vibraphone, marimba), tuned and untuned drums, plus various objects to be banged or shaken, Stene and Raude in many ways determine the overall shape and character of the album. You could even say that ‘Border Woods’ begins and ends with them. Although all six compositions are written by Frode Haltli, the opening track, ‘Wind Through Aspen Leaves’, emerges very slowly out of an atmospheric rumble of cymbals, while in the closing piece, ‘Quietly the Language Dies’, each percussionist plays six tuned wine glasses to produce an eerie, glass harmonica drone. Bookended as it is by these two avowedly experimental-sounding pieces, ‘Border Woods’ definitely becomes far more ‘avant’ than ‘folk’.

“The percussionists played on glasses tuned in quarter-tones, while Emilia played a quarter-tone tuned tenor nyckelharpa, and I used a quarter-toned tuned accordion”, says Frode Haltli of ‘Quietly the Language Dies’. “It’s the same instrument I used on the track ‘Kingo’ on ‘Avant Folk’. I had it tuned in Cairo years ago, with some notes tuned to Arabic scales. The fun thing is that it fits so well with Emilia’s harp, where some notes are tuned in quarter-tones too, but intended for Scandinavian traditional music. The result is some archaic sounding music from who knows where!”

If ‘Border Woods’ begins and ends with experimental soundscaping, the middle sections contain some of the most joyfully rocking and riffing, folk-based grooves imaginable. Accordion and nyckelharpa are locked into a symbiotic partnership where it’s impossible to tell who is leading and who is following. The initiative seems to swap so quickly from instrument to instrument, and from what sounds like a sea shanty, to a jig or reel, to a snatch of what could be French cafe music or a minimalist piece by Steve Reich, that it’s impossible to keep count. Meanwhile, the percussionists do their thing, sometimes complementing, sometimes appearing to undercut or work against the text, inserting an essential element of unpredictability.

This sense of unpredictability is something that Frode Haltli has remarked upon. “I listened through the whole master-tape the other day, realising that it is probably very difficult to categorise this music for new listeners”, he admits. “But I like it!” 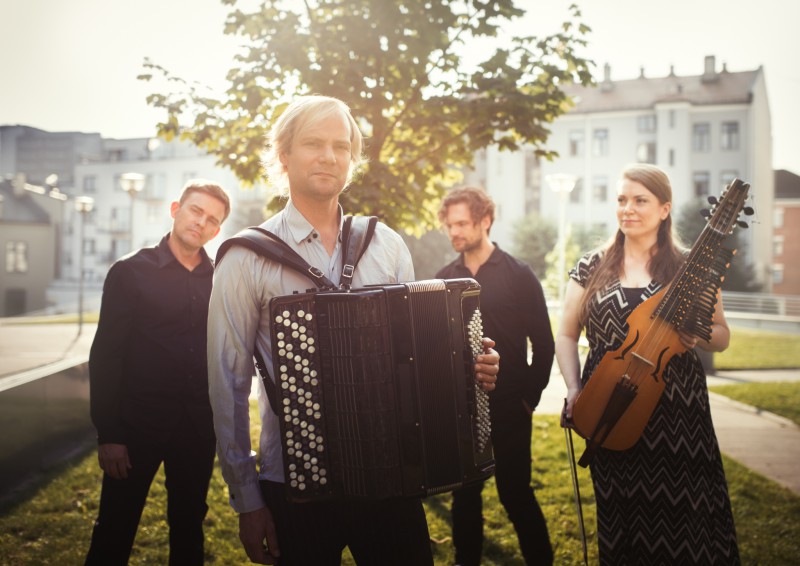