Frode Haltli ‘Avant’ Folk is an all-star cast of Norwegian musicians spanning all ages, generations and genres, a elaboration of Frode Haltli’s work somewhere in the twilight zone between jazz, contemporary and folk music. The featured musicians are Erlend Apneseth on Hardanger violin and Hans P. Kjorstad on violin, Ståle Storløkken on harmonium and synthesizers, Rolf-Erik Nystrøm on saxophones, Hildegunn Øiseth on trumpet, Oddrun Lilja Jonsdottir and Juhani Silvola on guitars, Fredrik Luhr Dietrichson on double bass and Siv Øyunn Kjenstad on drums.

Following their successful album released in 2018, time is ready to record a new album which will be released on Hubro autumn 2020. The first concert of the ensemble this year will take place where it all started: At Riksscenen in Oslo Friday 20th of March. More concerts with Avant Folk to be announced at the concert page!

Picture under from an acoustic concert with Avant Folk at the Jazz & Wine of Peace Festival in Cormons, Italy November 2019, photo © 2019 Luca A. d’Agostino / Phocus Agency: 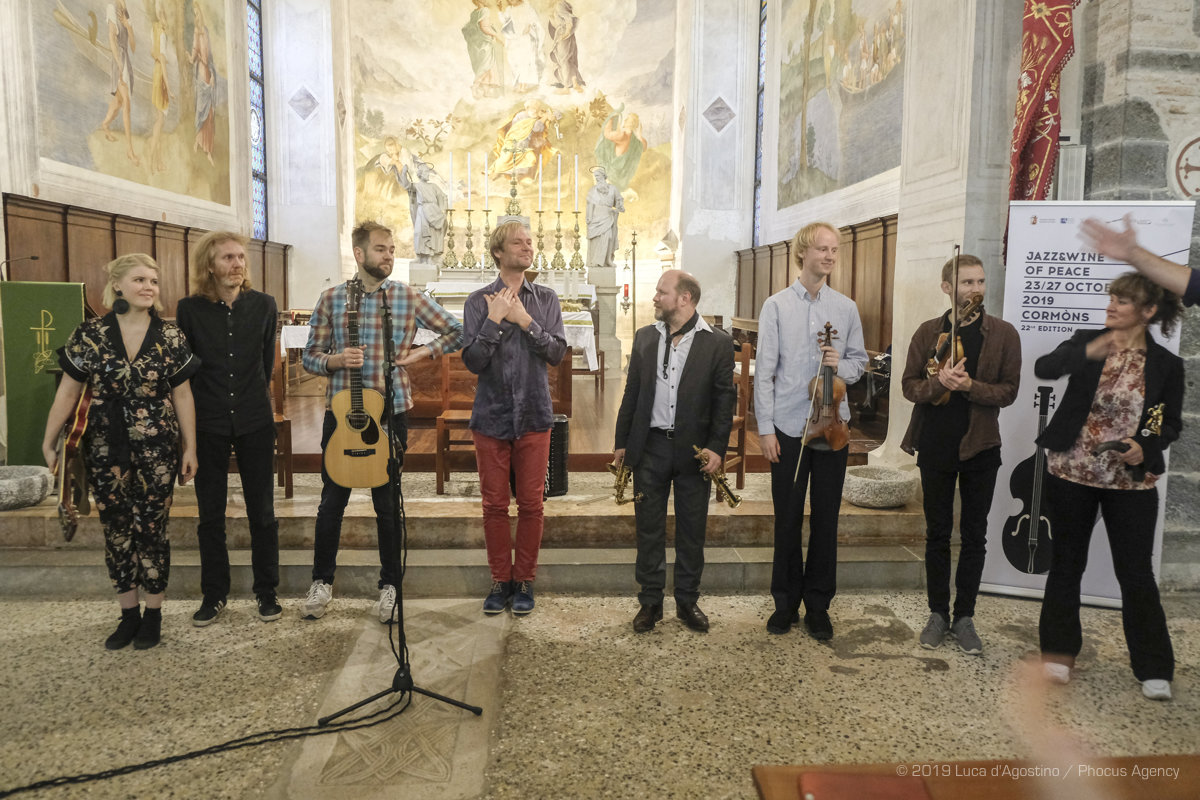 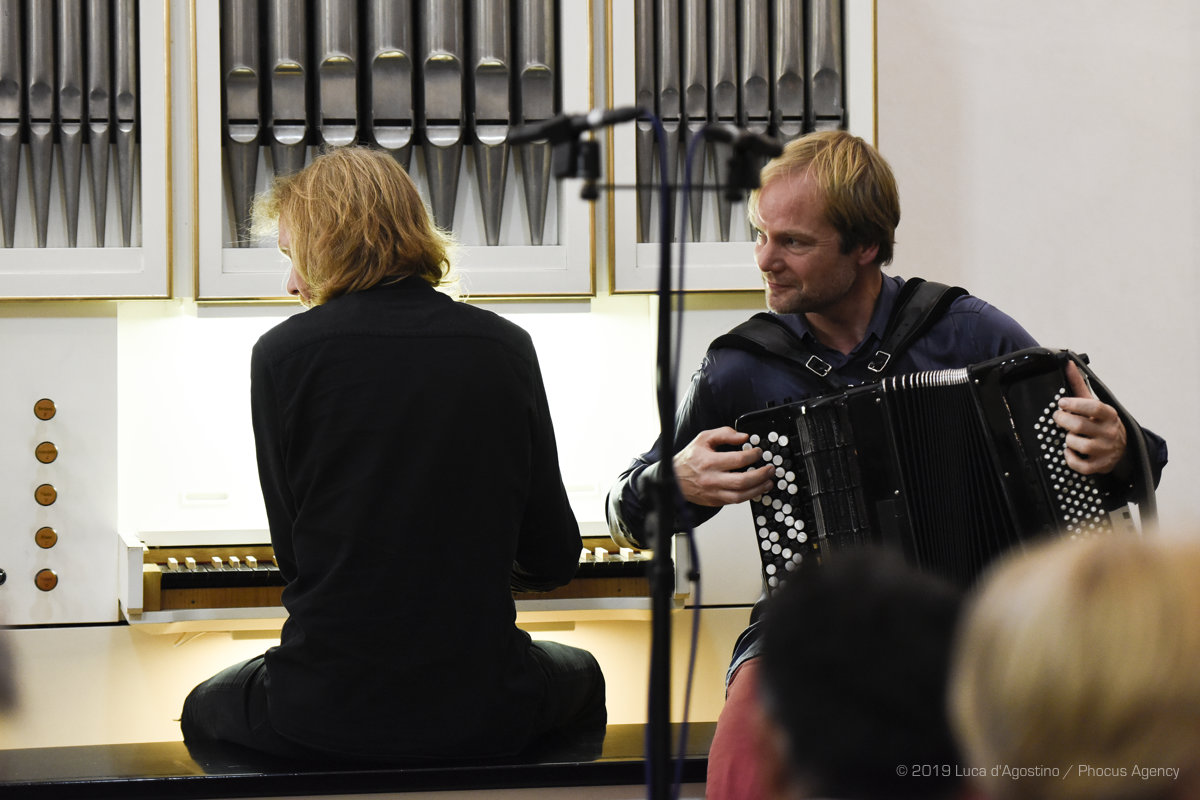 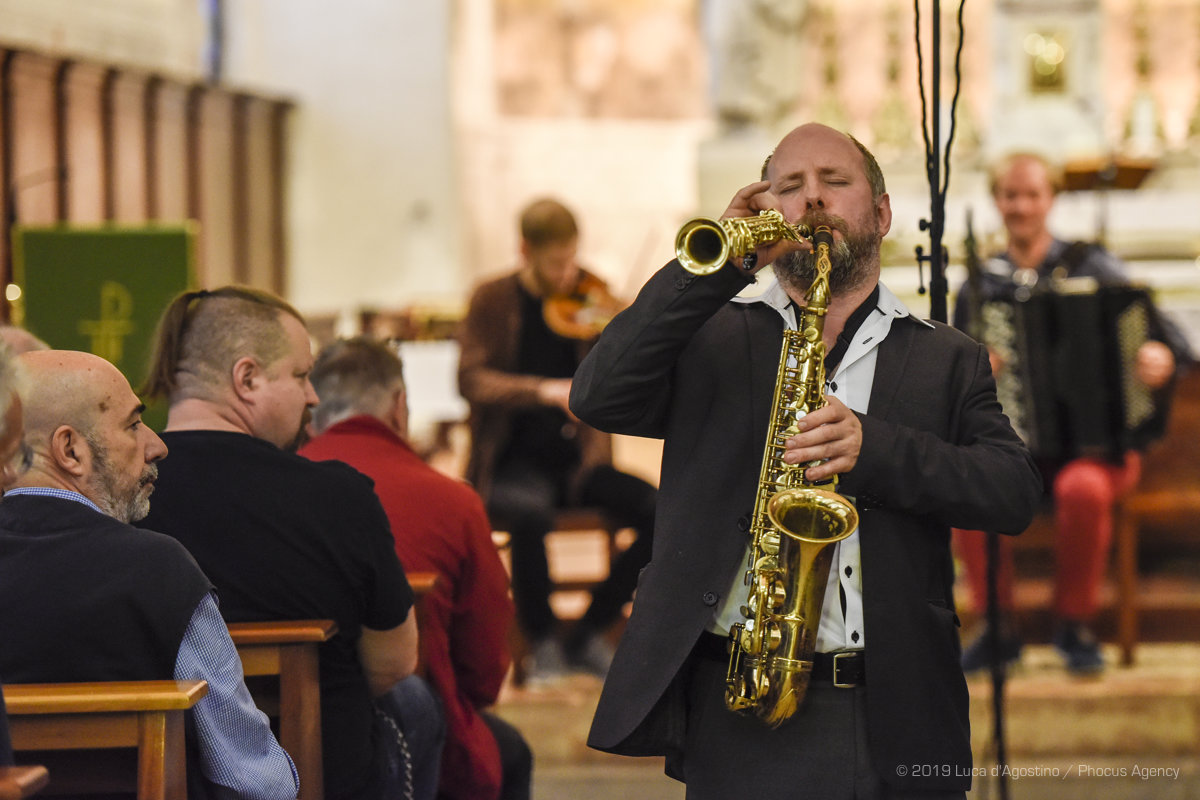 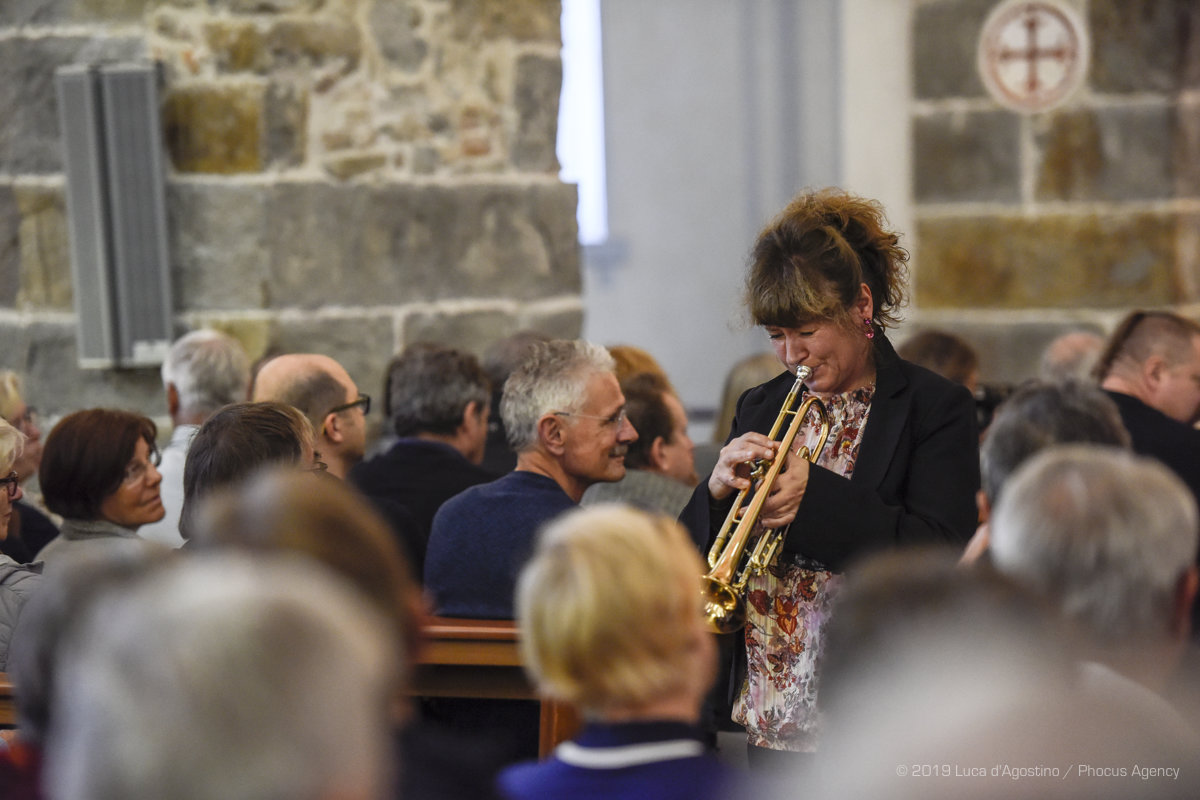 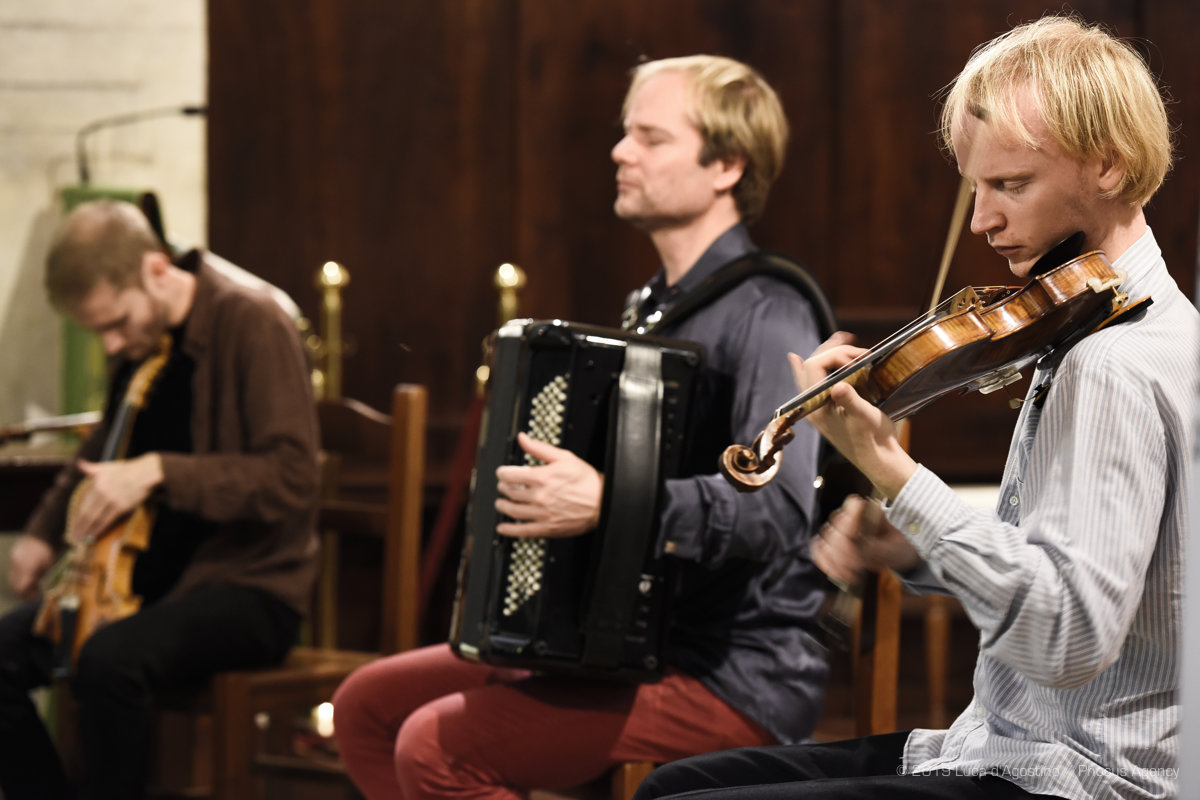